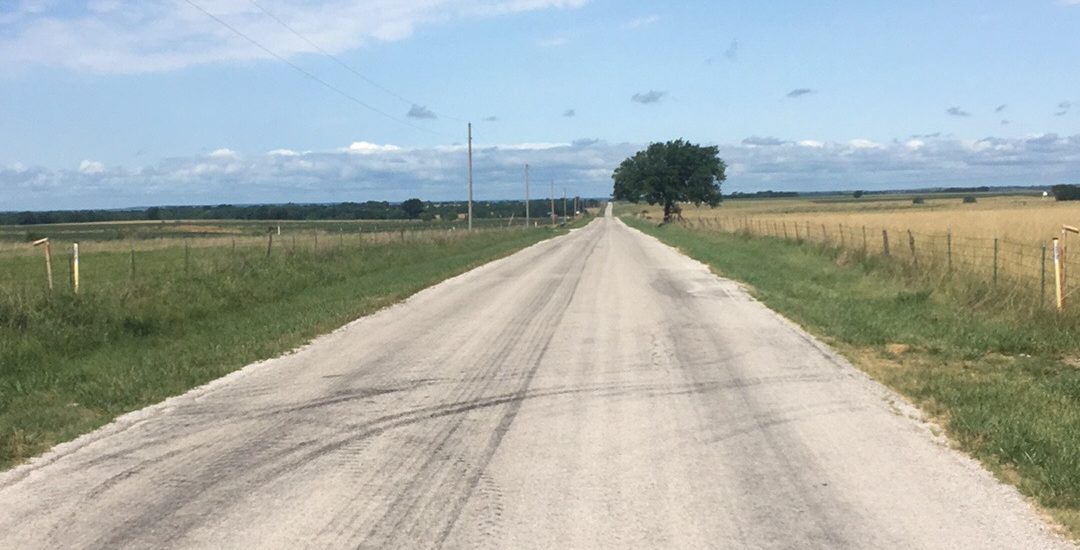 So let us begin again with a bit about last night. A few hours after I got settled into the church another cyclist showed up. His name is Donald, he’s in his early 60’s and was carrying a load bigger than mine! He had both front and rear panniers and was carrying a trailer behind him as well. A little bit after Donald showed up another fellow comes through the door by the name of Phillip. It was like a regular cyclist party up in that church, we all got to talking and decided to whip up a big ol’ cyclist feast for all of us. The woman that I had spoken to earlier had told me to feel free to use whatever food was in the kitchen and make myself at home. So we did, we cooked up the biggest, baddest pot of spaghetti along with a loaf of garlic bread and some baked squash. I went to bed with a painfully full stomach but it was a perfect end to the day.

I woke up this morning at 6 to get a jump on the day but it was storming something fierce outside, yeah nope, I shut off my alarm and slept in till the late hour of 7:30. Once I finally got out of bed I quickly got everything packed up, said goodbye to Phillip (Don was still asleep) and headed out. My first stop was the town of Walnut about 8 miles down the road where I got myself a mountain dew and a breakfast burrito. Now I don’t want to jun myself but the weather in Kansas has been pretty sweet so far and today was no exception. Perfect. 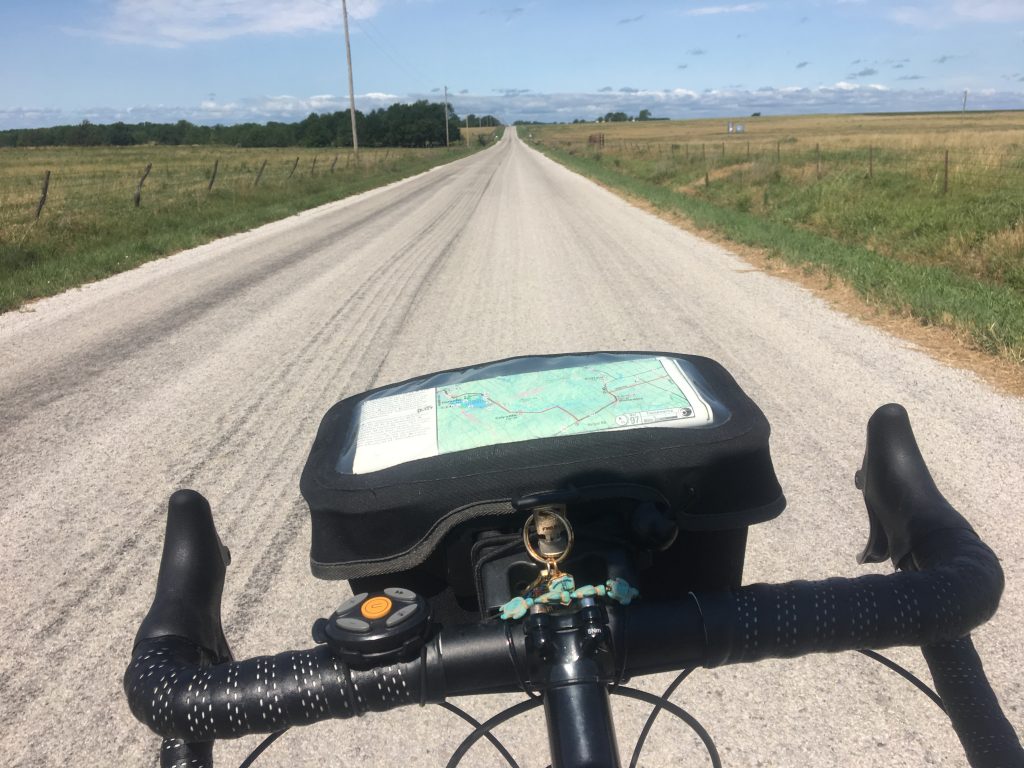 There’s not really much to say about the first 40 miles. I mean, it’s Kansas, there’s a lot of long, flat roads and corn. Lots of corn. It was nice, just cursing along, not really paying attention to my surroundings, not really worried about taking a wrong turn or missing anything, just zoning out into my own thoughts. It was nice. My next stop for the day was in the “town” of Benedict, it was less of a town and more a cluster of homes tucked off the side of the road. But my maps told me there was a store here and I knew Garreth had stayed at the cyclist hostel there last night, so I stopped in to get a snack. When I rolled up to the store I was greeted by Pastor Joe, a wizened old man in his late 70’s, he was in the process of fixing up the soda machine out front. He told me to park my bike up on the porch and come inside. As soon as I walked in he just launched into what I guess is his spiel, “Bring your water bottles in, we’ll get em’ washed out and filled with ice. That there service is free in these parts. Are you diabetic? Lactose intolerant? Sensitive teeth?” I was kind of thrown off a bit, I said no, I wasn’t any of those. “Oh, good, good! Well come on over here then because have I got a treat for you” He popped open a chest freezer and told me to help myself. Inside was full of every kind of packaged ice cream treats you could possibly think of, and he was just offering it up for free to passing cyclists! I couldn’t believe it. He then opened a refrigerator and told me grab something cold to drink, again for free. I was blown away by this guy, just the most generous guy you could ever meet.

I ended up staying at Joe’s place for a few hours listening to him talk. To be perfectly honest I would have preferred to not stay so long, but Joe really wanted to keep talking and I guess I’m too nice. But, eventually, I was able to coax him into letting me leave. I went to shake his hand and he firmly held it there and said a prayer for me to be safe on my journey.

From Benedict I had about 20 miles to where I had planned on camping for the night and, again, there really isn’t much to say about the ride. There was some occasional slight changes in elevation and also some cows I saw that I mooed at, but mostly it was just lots of long, straight roads. I was starting to get hungry and stopped in at park to make a sandwich and dig into my emergency pickle. Yes, emergency pickle. If you don’t have one, get one. It’ll save your life. A few miles from the park I ran into a convenience store and decided, eh, what the hell, might as well stop in for another snack. I had a cinnamon roll and a mountain dew and the woman at the register had me sign their cyclist book and presented me with a small trinket that they give to all the passing cyclists. A fucking lizard. Yes, my mortal enemy and the reason for all bad things that befall me. Is this some kind of sick joke? Is it some kind of sign? Has the lizard curse been lifted?! Only time will tell.

Instead of stopping at my intended campsite I pressed on to the town of Eureka. Garreth had texted me and told about the place he had found for tonight, a woman named Robyn lent out one of her vacant rental properties to passing cyclists. I called her up to confirm and she told me to come on in. Showers, a real bed and laundry. The last bit was the real clincher for me, I really need to wash my clothes lest I sink further into the homeless look. I pressed on the last 20 miles and finally made it by about 4:30. I’ll talk about my night after that on tomorrow’s post. It’s late and I need to sleep. Stay tuned for the next edition of James and his Bike!

-Kansas is boring. And straight. James is not.